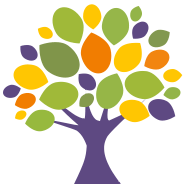 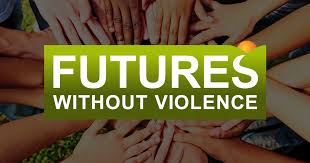 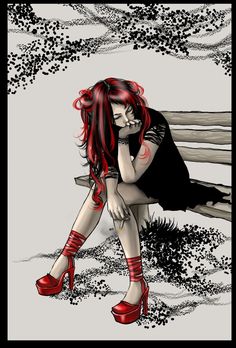 …I kiss him softly on his lips before I leave the room momentarily to grab something from the kitchen. I turn to look at him before turning the corner to the hallway, and he smiles so big as he watches me walk all the way to the kitchen. Gone no more than sixty seconds, I walk back to the room and his door feels locked; I realize he locked me out on purpose; I must have taken too long in the kitchen. I lightly knock on his door. He opens it, only to have for me rage all over his face; his own eyes look angry..dark..dead…as if he has become someone else entirely…That is how fast it happened. That is how quickly he changed; or rather, his true self emerged. It wasn’t just that his mood changed fast, necessarily; it was more that the relationship quickly transformed from what I thought was or would show itself as love most people only discover once in a lifetime, if at all. But it had changed-more like metamorphosed into something else I no longer recognized.

Just weeks earlier, I had finally summoned up enough nerve to calmly, with unbreakable confidence, gather my few insignificant belongings and with my head held high, announce to my husband and foe my deeply pondered, firm decision about my marital dilemma, which had tormented me for most of my marriage. I had tried to leave for years. Since the fifth year actually. The decision? To move out of our home, figure out where to stay until I could afford my place, and then to deal with the custody issue with our children. The separation didn’t take place how I envisioned it might but, it ended and for that I’m grateful. I was ready to change my life.

Mere days had passed in this new relationship before I first met severe emotional abuse, which quickly escalated tremendously fast. How did this happen?  I’m not sure, but it did. And it was worse than anything experienced in my marriage. The name-calling, insults, put downs, belittling, controlling behavior, yelling; it was just as my marriage had been, only worse. This relationship included physical violence as well. And it escalated to physical violence within a very short period of time.

One major difference, though, was the inability of this man to control his temper and unstable emotions. As a result of my past with abuse, I refused to tolerate much. So when, on the night of Thursday, September 1st, 2016, he began to choke me while having my arms pinned down with his knees while on top of me to prevent me from getting away, I fought hard to get him off me and in the process, I inadvertently scratched him on his chest. During the struggle I was screaming, begging him to get off me. Apparently the neighbors called the police, leading to loud knocking by the cops less than twenty minutes later. He answered the door, and the three cops immediately notice his scratch.

To make a long story short, they came inside and found me laying on the bed in our room, and called me out of the room, demanding I step up against the wall ans put my hands above my head. No joke, I actually got arrested and charged with third degree assault, which is a Class 4 felony on the first offense in the Colorado. I spent three weeks in jail and bailed out by the guy who put me there in the first place. Being in jail helped me to realize a couple of things:

1) I clearly am a horrible judge of character.

2) I cannot be in a relationship with someone who I don’t know very well, because I am very easily manipulated, particularly at the beginning of a relationship when an abuser is more skilled at covering up their unstable and negative mental state.

I did give him another chance, several actually, but eight days after I bailed out of jail, the abuse had gotten so bad that he was threatening to kill me if I left him, followed by him throwing me down, jumping on my back, and hitting me on my butt nearly twenty times, trying to tell me he was “spanking” me.

The next day I left for good without looking back. I did escape yet another abusive relationship and I can tell you with complete confidence that I won’t begin another relationship any time soon, let alone with an abusive man. I learned my lesson, let’s hope.

Check out my next post; I was lucky enough to find the evidence I’ve sought, on the twisted and unfair laws in Colorado, on domestic violence.

Been dealing with emotional and verbal abuse for far far too long...I don't want anyone to allow themselves to go through what I have. View all posts by emotionalabusehurts

This site uses Akismet to reduce spam. Learn how your comment data is processed.

Learning to thrive after narcissistic abuse

Know everything about narcissists from the world's no.1 source. A narcissist himself.

There is no common truth, but there are facts.

Peace, Harmony, & Happiness Come From Within

My Life, As A Human.

Strength in Mind, Body, and Spirit.

I'm divorcing a narcissist after 8 years of crazy. This is my story of getting out and healing from the abuse.